The iPad is more alive than ever

The Apple company presented its economic figures for the third quarter and are very good despite not having launched the iPhone 8. The iPad has surprised everyone with the results being the gadget that has rebounded in the company with 15% more.

In this way Cupertino proves that it is possible for the tablet as a product to have the hours counted and the iPad concept is still more alive than ever. Apple believes firmly in the iPad and does so as a substitute for the laptop. They themselves plan to deploy it as a replacement for the MacBook Air.

That’s why in June they introduced two new models of iPad Pro, the 10.5 and 12.9 inches with some improved features that show that the iPad Pro is a real monster: faster processor, better screen with ProMotion technology and rate 120Hz refresh, among others.

That is why during the third quarter of 2017 have sold more than 11.4 million iPad meaning a 15% more compared to the same period last year in which Apple did not reach the 10 million tablets sold.

The improvement is even greater compared to the first quarter of this year, as compared to that period have achieved 28%. The iPad Pro is still a success is not the only one we can say because we can not forget that Apple also launched a low cost iPad with a price of 399 euros ($ 329) and some small improvements like an A9 processor which has liked a lot To its users as an affordable alternative. 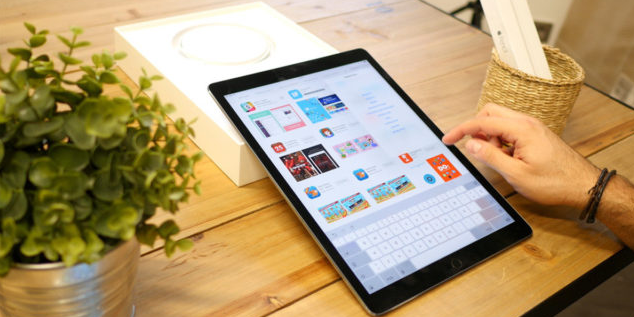